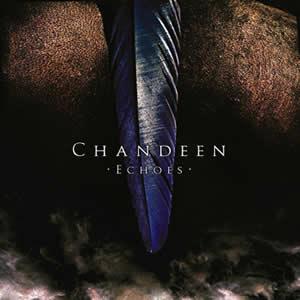 German Import at a Domestic Price | Chandeen began their career in the early 90's with releases on the famed Hyperium Records, which introduced them as one of the leaders of the Heavenly Voice movement, inspired in part by bands from England's 4AD label. After some line-up changes, Harald Löwy and Antje Schulz remain Chandeen's two masterminds and now present their 6th album, Echoes! Echoes is a shamanic journey, full of breath-taking beauty, soft rhythms, percussions, cello, guitars and wonderful heavenly voices. With this CD, Chandeen return to their musical roots; sounding authenic and unique, poetic and profound. The cosmos of Echoes are populated with smooth piano-sounds combined with mysterious and romantic lyrics from Oscar Wilde ("In the forest"), William Blake and Edgar Allen Poe ("A dream Within a dream"). Nostalgic, Chandeen's typical soundscapes are orchestral, sometimes distantly reminiscent of Dead Can Dance; and atmosphere, full of strange, mystic, longing feelings and mysterious stories.
With Echoes Chandeen move out into the light, it is the sun which steps out after a terrible storm.
Special musical guest: Antje Buchheiser (Vocal) and Christiane Fischer(Cello) of Stoa