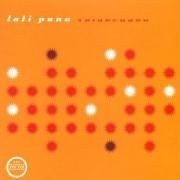 Originally released in October 1999, the debut release by Lali Puna garnered rave reviews from the press and industry luminaries, such as Radiohead. Tridecoder features 9 tracks of some of the finest electronic pop and set the foundation for the band that would go on to record two more albums. Led on vocals by Valerie Trebeljahr, the rest of the band consists of members of The Notwist, Tied &Tickled Trio and Console.