Bullet In A Bible 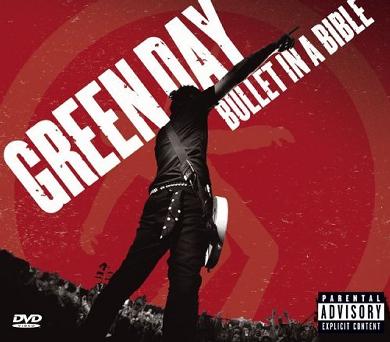 Featuring Green Day's first live DVD, the CD + DVD Bullet in a Bible captures the explosive band on the biggest tour in its career, in support of the Grammy-winning, quadruple-platinum, #1 charting American Idiot punk-rock epic. From two performances filmed in June 2005 before 65,000 fans, both in Milton Keynes in England, to the DVD's documentary segments following the band members around that city as they visit a war museum and various pubs, and share in-depth insights on the making and meaning of American Idiot, Green Day is #1 with a Bullet in a Bible. DVD: Video of the performance with documentary behind-the-scenes footage