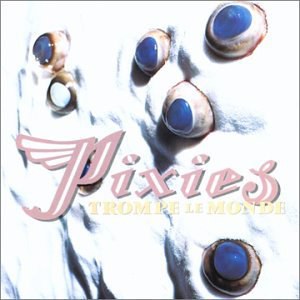 Trompe le Monde is the fourth studio album by the American alternative rock band Pixies, released in 1991 on the English independent record label 4AD in the United Kingdom and by Elektra Records in the United States. After the surf-pop of Bossanova, the album saw a return to the abrasive sound of the band's early albums.