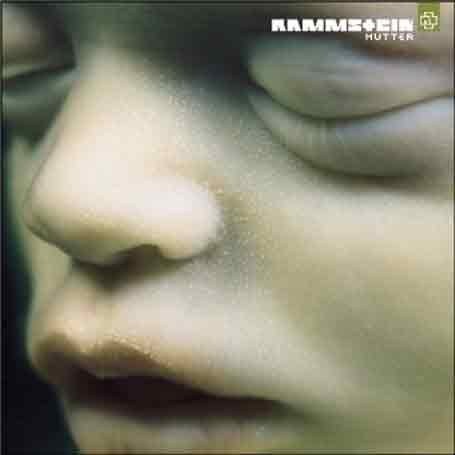 Rammstein is one of those bands you either love or hate. They've had their share of success thanks to a few hit singles and became notorious after being cited in the Columbine High School murders. On their 3rd album (not counting the excellent Live Aus Berlin) they avoid potentially controversial lyrics and sing about bunnies and fairies instead. OK, maybe not...

For those of you who's German isn't up to scratch, Mutter is German for Mother, but we'll get back to that later. Lyrically Mutter is a step up from Rammstein's previous efforts. I mention this because they've been criticized for writing "silly" lyrics in the past, mostly by people who translate it directly and view it out of context. The production on Mutter can only be described as huge. Take the pounding bass lines and grinding guitars, throw in some strings and keys here and there and mix it with industrial rhythms and you'll pretty much understand what Mutter is about.

The album starts with the haunting intro to Mein Herz Brennt (My Heart Burns) and builds up to the track's explosive chorus. The next track Links 2-3-4 (German army chant for marching) contains everything down to the marching footsteps and war sirens in the background. Sonne (Sun) is my favorite track on the album and also has one of the coolest music videos I've ever seen, even by Rammstein standards. The title track Mutter is another personal favorite. The lyrics are dark and almost disturbing, but it makes for one of the best tracks on the album.

Spieluhr is a haunting song about a music box and the perfect example of why Rammstein's lyrics are sometimes misinterpreted. It's filled with expressions and cultural references you can't possibly understand if you don't know German culture. Zwitter is one of two sexually-themed songs on the album (I'll leave it up to the reader to find out who or what a zwitter is) and plays out with the coolest guitar riff on the entire album. The last track Nebel, is a sad but very cool ballad in the vein of Seemann.

Basically, Rammstein fans won't be disappointed with this, their best album to date. It's a great album to mosh to, but if you have some time I dare you to look a little deeper into the lyrics. A definate thumbs-up.