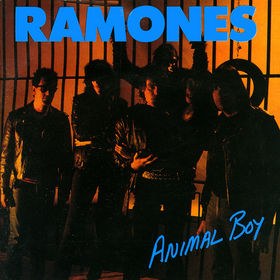 Animal Boy is the ninth studio album by the American punk band the Ramones. It featured the songs "My Brain Is Hanging Upside Down (Bonzo Goes to Bitburg)", written as a protest of President Ronald Reagan's visit to the Bitburg cemetery in West Germany; "Somebody Put Something in My Drink", written by Richie Ramone, the band's drummer from 1983–1987; and "Love Kills", Dee Dee Ramone's ode to deceased friend Sid Vicious.