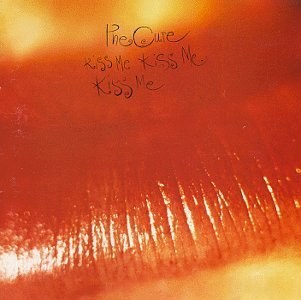 Kiss Me Kiss Me Kiss Me is the seventh studio album by English rock band The Cure, released in May 1987.
The album helped put The Cure into the American mainstream, becoming their first album to reach the Billboard Top 40 (achieving Platinum certification). It was also a big international success, as was its predecessor, The Head on the Door, reaching the Top 10 in numerous countries.