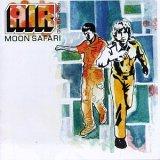 Moon Safari is the debut studio album by French electronic music duo Air, released on 16 January 1998. On 14 April 2008, Virgin Records re-released Moon Safari to mark the album's tenth anniversary. The limited edition album came with a bound book, a DVD documentary about the duo, and an extra CD with live performances and remixes. Rolling Stone magazine ranked the album #93 on their Best Album of the Nineties list, while the French edition named this album #65 on their list of the 100 Greatest French rock albums. Moon Safari set the stage for the budding downtempo music style and, according to Nielsen SoundScan, had sold 364,000 copies by 2009.