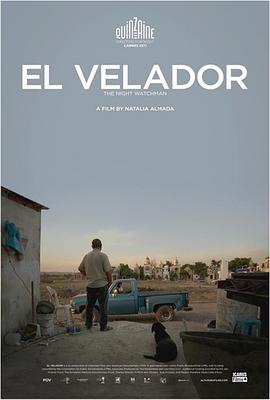 Somewhere in Mexico, an opulent cemetery full of palatial mausoleums is growing by the day. The speed of expansion parallels the number of liquidations perpetrated by rival drug gangs in the area. A continual stream of notorious drug lords are buried here just as they lived, with pomp and ceremony - in marble buildings hung with chandeliers and portrait photos - and with machine guns and music. Their young widows and small children can be found there every day. Night watchman Martin looks after the site with two trusty dogs at his side. With the coming of each new day, family members arrive to tend to their loved ones' luxurious mausoleums, and construction workers race to build new ones. In the background, weeping mothers bury their sons who have died violent deaths. In this subdued film, which is entirely bereft of the violence at its core, the camera takes in Martin's almost serene days and nights in cinema verité style. News about the violent cartel wars on Martin's television and the coconut drink salesman's radio provide a clear context for this cemetery under construction. The sense of calm that reigns here contrasts increasingly sharply with the explosive epidemic of violence that can spread so easily in Mexico.