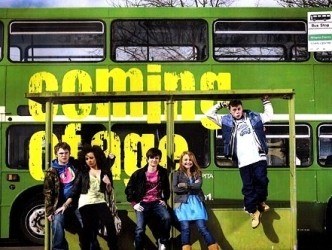 Basically the show is a light-hearted comedy about a group of friends, who we can assume are 16-18 year old or so. They enjoy drinking, sex and seem to always have some sort of difficult relationship-wise. It is very similar to 'Two Pints' but just with a slightly younger cast. A pretty good pilot show from BBC Three! I would love this to become an actual series, as I thought (despite some cringeworthy acting) it was overall very well done. Perhaps Danni is a little too typecast - it was incredibly strange seeing her playing a drinking, oral-sex giving teenager, but still.. you live and learn, especially when you've grown up seeing her as Tracy Beaker.
Overall, 9 out of 10 as maybe the acting could have slight brush-ups, but bar that, very funny and very good.