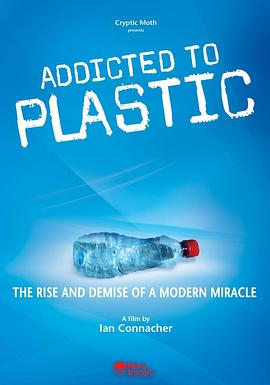 现在还有什么东西不用塑料做？塑料在任何家庭中都已经成为最普通的物品——它便宜，用途多样而且耐用。然而塑料是不可生物降解的，并且虽然它看起来容易丢弃，许多种塑料并不容易回收，所以大多数塑料物品注定将永远成为垃圾。更糟的是，塑料加工经常产生有毒废物，处理废品塑料产品的方式是隐藏问题——大规模的陆地堆填和海洋倾倒，而不是解决它。影片制作人Ian Connacher探寻了不负责任的成瘾的塑料使用所造成全球环境影响的后果。
What isn't made of plastic these days? Plastic has become one of the most commonplace items in any household -- it's inexpensive, versatile and durable. However, the latter quality is also plastic's Achilles' Heel -- while it's easy to make things out of plastic, plastic is not biodegradable, and though it seems easy to throw away, many types of plastic aren't easily recyclable, so most plastic items are destined to become garbage that lasts forever. Even worse, plastic manufacturing often produces toxic waste, and disposing of unwanted plastic products has resulted in massive landfills and ocean dumps that simply hide a problem rather than solving it. Filmmaker Ian Connacher explores the global environmental consequences of the irresponsible use of plastic materials in Addicted To Plastic! The Rise and Demise of a Modern Miracle, an activist documentary that explores how plastic became an inescapable commodity and how we can (and why we must) wean ourselves off of it. Addicted To Plastic was an official selection at the 2008 Vancouver Film Festival.
A film by Ian Connacher, Cryptic Moth Productions. Award winning documentary reveals the history and worldwide scope of plastics pollution, investigates its toxicity and explores solutions. Bullfrog Films. 85 minutes.