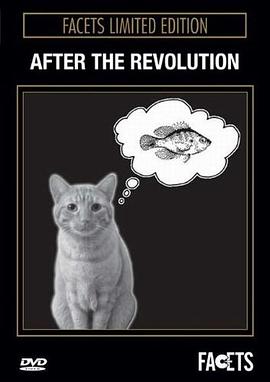 The historical iconography and sorrowful legacy of the former Communist bloc as filtered through the lyrical lens of artistic Hungarian exiles living in the East Village. A strongly visual composition held together by documentary montage and threads of narrative (mainly concerning the great exiled Russian author Bulgakov), Szirtes' film is thoughtful, evocation and eulogy of an era ended and eerily augurs the breadlines and chaos of a new one just begun. Stars artist Christof Kohlhofer, writer Patrick McGrath, Angela Babin and others.
Here's an intriguing combination: a political animal story. Not "political animal" in the sense of someone who watches C-SPAN all day, but a genuine animal. The human protagonist of After the Revolution is a struggling Hungarian writer. Hoping to deflect governmental censorship, the author relates his current book through from the point-of-view of his pet cat. Bear in mind that After the Revolution was made after that Barbara Bush volume of the late 1980s.