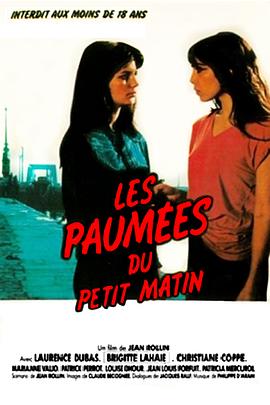 Marie and Michelle are escaping from a lunatic asylum. Michelle is a tough girl who knows how to survive on the road, but the extremely shy Marie desperately clings to her until Michelle gives in and promises help. The two get into a lot of trouble which puts their friendship to a test.
Rollin's lost movie, and lost for a good reason, as the director told in several interviews (one on the British DVD, for example): it was simply so poor no distributor bought it. The director blames this mostly on the scriptwriter. The producer had hired someone to keep the director from continuing with his usual vampire mystery stuff, and that kind of co-operation against each other couldn't work. However, "The Escapees" has enough magic moments to be worth watching. Especially when people stop talking such as in the ending, or when Marie skates on the ice, imagining she is admired by a crowd, but only Michelle is secretly watching her.