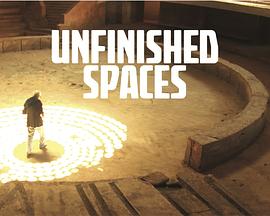 “A fascinating tale of visionary aesthetics and… sublime structures” – Steve Dollar, THE WALL STREET JOURNAL
In 1961, three young, visionary architects were commissioned by Fidel Castro and Che Guevara to create Cuba’s National Art Schools on the grounds of a former golf course in Havana, Cuba. Construction of their radical designs began immediately and the school’s first classes soon followed. Dancers, musicians and artists from all over the country reveled in the beauty of the schools, but as the dream of the Revolution quickly became a reality, construction was abruptly halted and the architects and their designs were deemed irrelevant in the prevailing political climate. Forty years later the schools are in use, but remain unfinished and decaying. UNFINISHED SPACES charts the journey through almost boundless creative ambition, the destructive force of bureaucracy, and the aftermath on the lives of the architects. It’s a stunning film, both in narrative and photographic terms.
(Directed by Alysa Nahmias, Benjamin Murray, USA, 2011, 86 mins, NR) HD Digital Presentation