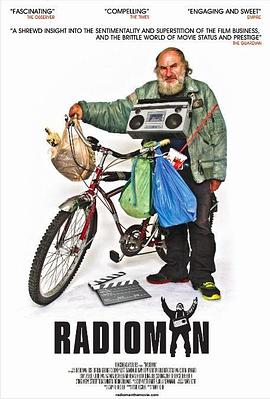 Radioman is the nickname of a former homeless man in New York City who has gained notoriety from making cameo appearances in a number of films. The documentary features remarks by George Clooney, Whoopi Goldberg, Helen Mirren, Meryl Streep, and more.
The New York film set mascot who overcame homelessness and alcoholism to become a fixture of the New York film industry, with over 100 small parts to his name.