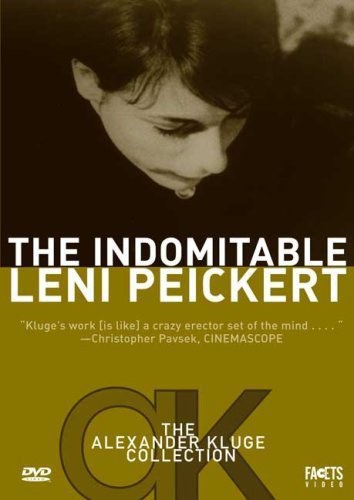 A mini-sequel to German director Alexander Kluge's 1968 Golden Lion winner Artists Under the Big Top: Perplexed, The Indomitable Leni Peickert continues the slice-of-life tale of down-on-her-luck Peickert (Hannelore Hoger), who in that earlier film (many will remember) made the mistake of investing in a "socially relevant" circus that failed to draw crowds - and quickly found herself in financial hot water. In this particular outing, she begins by working on television, then gets fired for smuggling an explicit, uncensored film - and promptly returns to the circus, while remaining footloose and unsettled. Intriguingly, this film does not represent a sequel to Big Top per se, but actually works in material that Kluge originally intended for that earlier outing.