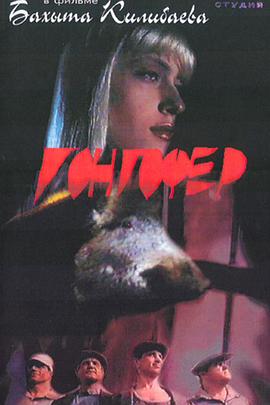 Mystical film with elements of absurdity and necrorealism. It is considered the first Russian film comics. In 1993, the film was awarded the Sochi Open Russian Film Festival Prize and Kinotavr Golden Aries for best screenplay.
Group of Cossacks are coming to Moscow to buy an ox. Moscow turns out to be a devilish hole crowded with witches. Some local witch seduces Kol'ka Smagin (one of the Cossacks) and robs him of his eyes, giving him alien blue ones instead. Now the Kol'ka and his uncle Zarubin are ready to World War III in order to get the eyes back. The quest begins.
it is a very important cultural product, being a rather dark and surreal picture, it gives a good taste of our twisted reality in the early 1990s. It was the time when the evil forces were tearing the flesh and mind of Russian people. During the movie you can also experience audio hooliganism, performed by Russian punk-group "Noll" ("Zero"). By the way, you will most likely never find the word "Gongofer" in any dictionary.