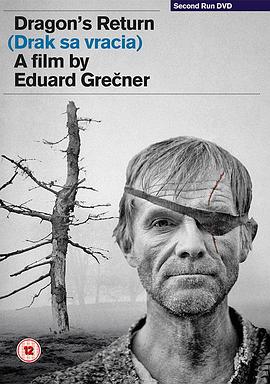 与Stefan Uher和Elo Havatta一样，Eduard Grecner也是60年代斯洛伐克新浪潮电影的缔造者之一。他的三部影片《一周七天》（1964）《尼绒月亮》（1965）和这部《徳拉克的回归》都是斯洛伐克新浪潮电影的代表作。这部叙事方法独特带有明显意识流风格的黑白影片甚至间接影响到了后来法国导演格里耶在捷克拍摄的两部影片《说谎的人》和《Eden and After》。
A special place in the development of feature films is reserved for Eduard Grecner, the creator of just one good film, Dragon Returns (Drak sa vracia, 1967), titled after the nickname of the lead character. After his initial work with Uher, Grecner made his mark as a proponent of the so-called "intellectual" film, the antithesis of the sociologically, or rather, socially critical film. Grecner's great role model was Alan Resnais, a young French filmmaker who sought to introduce Slovakia to the idea of film as a labyrinth in which meanings are created not by stories, but by complex configurations of dialogue, shots, and various layers of time, thus differentiating film from both literature and theater. In Dragon Returns―the story of a solitary hero who is needed by villagers living far in the mountains, but who is rejected by them at the same time because of his detachment―Grecner brought the tradition of lyricized prose to life through a whole series of formal aesthetic techniques. Alain Robbe-Grillet immediately developed this idea in the film shot in Bratislava The Man Who Lies (Slovak: Muz, ktory luze; French title: L'homme qui ment; 1968), and perfected it in Eden and After (Eden a potom, 1970).