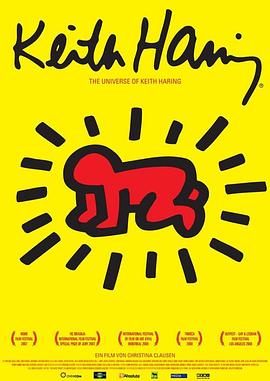 The Universe of Keith Haring by director Christina Clausen is an intimate portrait of world-renowned artist Keith Haring whose mantra was that "Art is for everyone!" The film is a thorough and intimate exploration of the background and career of one of the most popular and significant artists of the 20th century. The film features interviews and archival footage of Fab 5 Freddy, Jeffrey Deitch, Kim Hastreiter, Grace Jones, Madonna, Yoko Ono, David LaChapelle, Kenny Scharf, Carlo McCormick, Andy Warhol, Ann Magnuson, Tony Shafrazi, and Junior Vasquez, among many others. Audio excerpts from original interviews with Keith Haring, were conducted by Haring's biographer John Gruen (Keith Haring: the Authorized Biography). The film's theme song is by the famed DJ and record producer, Junior Vasquez, with an original soundtrack by Angelo Talocci. The film was edited by Silvia Giulietti.