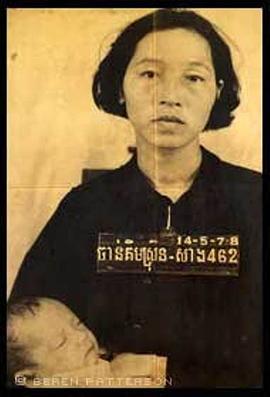 t's a collection of images from a genocide forgotten. A period of history seldom studied. Faces never seen before.
"Night of the Khmer Rouge: Genocide and Justice in Camodia" is the Paul Robeson Gallery's latest exhibit and is a vivid image of torture, victims and perpetrators.
The selected images are from the archives of the Documentation Center of Cambodia, a non-profit organization aimed at documenting the crimes and atrocities of the country's darkest period, when a quarter of the population was murdered.
Many of the photos come from S-21, one of the most notorious prisons during the reign of the Khmer Rouge, an extremist communist party which ruled over Cambodia from 1975 to 1979. Led by Pol Pot, the party killed over 1.5 million people through political assassinations, starvation and forced labor.
The gallery's underlying theme is a view contrary to traditional perspectives, explained Meng-Try Ea, graduate student at R-N and organizer of the gallery.
It questions the differentiation between the victims of the genocide and the perpetrators of the crimes, Ea said.
Portraits of members of the Khmer Rouge party, some of which are children, line the walls of the gallery. Many of them were indoctrinated by the party and were forced to carry out atrocities or else be killed. These executors are also victims of the Khmer Rouge ideology, Ea said, and blur the lines between the two identities.
"This is one side of the story and we have to analyze their testimony as victims," Ea said.
"This is the first time many have been seen outside of Cambodia or in the U.S.," said Alex Hinton, associate professor of anthropology and global affairs at R-N and co-organizer of the gallery.
"I hope it raises as many questions as it answers. It raises questions like: 'What is justice?,' 'Who is responsible?.'" Hinton said.
Jorge Daniel Veneciano, director of the Paul Robeson Gallery, said the gallery "has resonance with world affairs today."
"Everything from Darfur to torture in the Middle East, Guantanamo, Iraq; a number of issues come up here that are beyond the specific issue of Cambodia," Veneciano said.
A native of Cambodia and survivor of the genocide, Ea said "I want the world to know what happened in Cambodia" and "work together to make sure it doesn't happened anywhere else in the world."