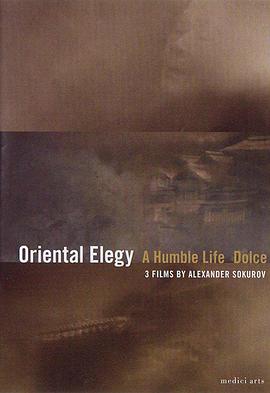 1997, 75 min., colour, BETACAM SP, Stereo
The Japan Foundation, North Foundation, Pandora Co., Ltd (Japan)
Special thanks to Hiroko Kodjima
scenario: A. Sokurov
camera: A. Fedorov
sound: S. Moshkov
editor: L. Semenova
“My journey to your sorrowful country cannot finish… even here in Russia.
I can't part with feelings which have captured me… as if my soul had been in search of Beauty and Kindness. If not — what for have I deserved this gift, this meeting…
I have arrived in the twilight. The noise of the wind and my tiredness didn't let me fall asleep.
I was lying on the floor, there was a small lamp at my head, the bedding had been thrown over the mat.
I don't know why, but I began to think about the war, and the scenes of unknown life appeared before me from the past… or, perhaps, from the future; Somebody’s children… somebody's mothers…
The summer was warm…
Then the morning came, windy, cold and sunny… I examined the house cautiously. It was empty…
Then, I remember, I turned back, having heard a creak.
It seemed she had not yet noticed me… I decided to come nearer.
I can remember well enough, how everything became interesting: walls, utensils, wind, light, sounds — all her life.
We agreed that she would let me stay near her all the time All the hours and minutes that I could spend in her old house. I sat near her with her permission. And it was really necessary: I could contem­plate her to my heart's content.”
Alexander Sokurov (from the author's text to the film)
A myth about lost harmony, which is always with us, though we often cannot feel it, is further developed in this film by Alexander Sokurov. The material used here is concrete and, at first sight, quite fit for TV. The whole work is unhurried and detailed report from an old solitary house, lost in the mountains, in the village of Aska, prefecture Nara, Japan, where an old woman, whose name is Umeno Matshueshi, lives alone. But filmmaker's creative task is quite opposed to the TV information stream. It is not only because this subject, this person couldn't be of any interest for any TV crew in any country (and least of all, perhaps, in modern Japan).
Sokurov's camera doesn't watch this character, doesn’t ask any questions, doesn’t surprise her, but extracts uninterrupted poetical image out of the trivial details of this physical reality, out of this extinct life and daily routine. The image is epic and lyrical at the same time. Refined simplicity of Japanese landscape, interior, a series of portraits are not a representation of “couleur local,” but only the sign of ideal technique of the ideal description, allowing to enter this life. The woman, who remains silent throughout the whole film, cooking and eating, kindling the fire and sewing, giving alms and combing her hair before us, recites in the final poem as a prayer: artless and sorrowful tanku about loneliness, about the constancy of losses and gainings. Sokurov shoots this unexpected stroke in his personage's portrait as a lyrical coda of his work.