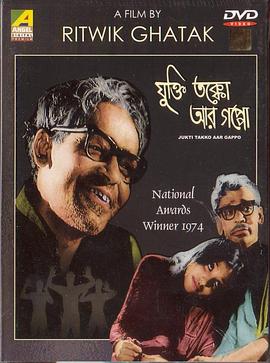 Jukti, Takko Aar Gappo " was the legendary Ritwik Ghatak's last film, starring the writer/director himself as a learned man whose wife leaves him because of his insufferable alcoholism. Forced from his home, he wanders through the countryside and meets unusual folks along the way. The film, adventurous and revolutionary, is a exceptional mix of images that challenge the limits of narrative storytelling. Made two years before the director´s death, the film is also a personal and desparate last attempt to confront the separation of his beloved home country.