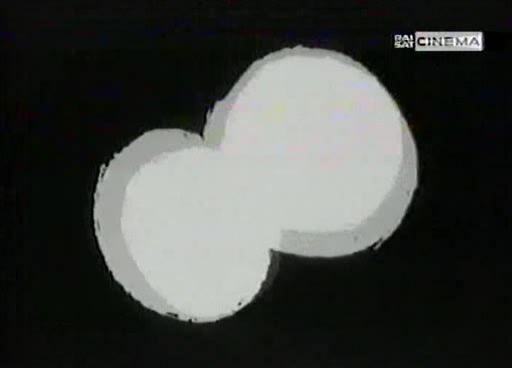 This is an artsy film that was funded by the National Film Board of Canada, a governmental agency that provides money for animators making short films. Some of the films produced with their help are more commercially oriented and some, like this film, are more artsy and may not be especially pleasing to the general public. OP HOP/HOP OP consists of 24 different geometric images scratched into film (all in black and white) and they appear and disappear rather randomly. Each image makes a sound and as they come and go, there's a popping-like sound--almost like little drums. It looks like something you might see in a modern art gallery. But, unfortunately, it also is a serious chore to watch even though the film is less than four minutes long--it is quite tedious. Plus, and I am serious here, I worry that those with epilepsy might have a seizure triggered by the film with all it's flashing light.