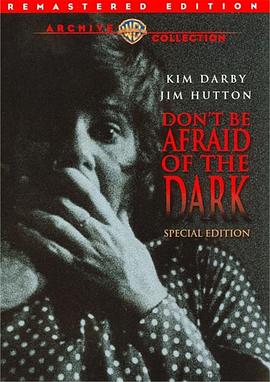 This is the legendary television movie that scared the living Hell out of an entire generation of impressionable latch-key kids when it was first broadcast on ABC television in October 1973. Those who were lucky enough to see it, never forgot it - and now it's your turn!
A neurotic housewife named Sally and her business exec husband move into Sally's family house, a spooky two story Victorian mansion. When Sally starts the redecorating along with her pompous decorator she comes across a locked room in the house. After arguing with the handyman who insists she should leave the room locked, she finally gets the key. But once she opens her father's old study and has the bricks from the fireplace removed, strange things begin to happen.
Sally begins to see small creatures everywhere, but no one will believe her. Her husband dismisses her as neurotic and her friend thinks Sally may be losing her mind. But things take a deadly serious turn when the decorator trips at the top of the stairs and falls to his death. Sally sees a rope laying across the place where he tripped, but when she picks it up to take it; a horrifying little creature pulls it from her grasp. Is she crazy? Or has Sally released demons?