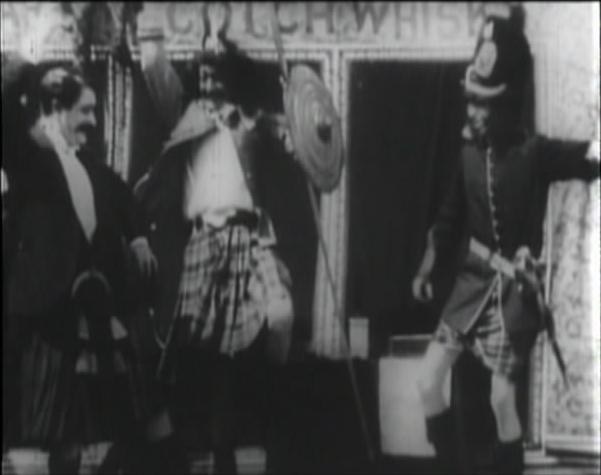 A stationary camera records four men, in a line facing the camera, costumed, dancing enthusiastically. Three are in kilts and Scottish garb, the fourth wears the suit of an eighteenth- or nineteenth-century dandy. They dance in front of a backdrop of dark curtains with "Dewar's Scotch Whisky" in bold letters above. At the end of the one-minute film, they stop dancing and move as if to enter the curtained rooms behind them, perhaps to knock back a Dewar's. Written by {jhailey@hotmail.com}