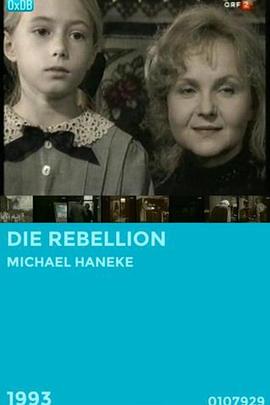 Die Rebellion (The Rebellion). 1993. Austria. Directed by Michael Haneke. With its silent-era aesthetic of sepia tones and muted color tints, and its interweaving of realism and fantasy, Haneke's haunting adaptation of Joseph Roth's expressionistic 1924 novel is an homage to the great Weimar cinema of G. W. Pabst and F. W. Murnau. In a heartbreaking performance, Branko Samarovski plays Andreas Pum, a soldier who loses his leg during the Great War and becomes an organ-grinder to earn a few coins a day. To this loyal citizen of the State, the veterans and firebrands who march in protest against society's neglect are lazy, insubordinate "heathens." But when an ugly tram incident condemns Pum to a life of penury and loneliness, his soul is awakened to the bitter waste of a life spent in duty to God and Empire. In German; English subtitles. 90 min.