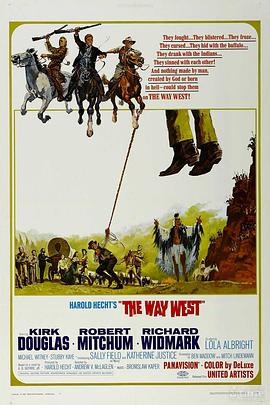 In 1956 Hecht-Hill-Lancaster productions announced plans to film "The Way West." It was to be adapted by Clifford Odets and was to star Burt Lancaster, James Stewart, and hopefully Gary Cooper. That version was not made.
There was a minor helicopter crash on the set.
Robert Mitchum and Richard Widmark reportedly did not get along with Kirk Douglas because of his tendency to usurp control of the project from the director.