You've said that the conception for this really started when you were sick one day in bed – how did you go from that to a romance between a fashion designer and his model?
[Laughs] I think that's a long leap between a lot of stones!

Walk us through this.
So yes, I was sick and my wife [actress Maya Rudolph] was taking care of me. And my imagination just took over at some point, where I had this thought: "Oh, she is looking at me with such care and tenderness ... wouldn't it suit her to keep me sick in this state?" I don't know a lot about that disorder, Munchausen [symdrome] by proxy – that's too hot for me to handle. But that moment was enough to ... it gave me an idea that such a thing could be served up with some spark of mischievousness and humor that might, in a larger picture, lend itself to what it means to be in a long-term relationship, you know. And the balance of power that can happen in that. Not just in a creative relationship either – how men and women interact isn't exclusive to an artist and his muse or shit like that.
PTA在采访里谈到想拍这种题材的原因：某天PTA生病了，躺在床上胡思乱想，妻子Maya Rudolph（喜剧演员）照顾着他，用很温柔的眼光看着他。看到妻子这样子，PTA心想：在这种情况下，让我不舒服是不是适合她？
虽然那时PTA在发高烧，但是这给了他灵感，伴随着一点点的恶作剧和幽默，来适应长期的（婚姻）关系；婚姻中双方相互制衡，这是关于男女双方如何互动而不仅仅是艺术家和他的缪斯这种特殊例子。


Anderson pictured a man like that: complicated, unyielding, fanatical. What might happen if that man, who'd spent his life meeting and discarding women, met one who turned out, however improbably, to be his match? He was thinking about Hitchcock's Rebecca, in which Joan Fontaine enters into a marriage with a domineering man, played by Laurence Olivier, that is not what it seems. Anderson wondered: "What if halfway through Rebecca, Joan Fontaine said, You know, I've had enough of your shit?" Anderson cast the steely British actress Lesley Manville as Woodcock's sister, a character who provides another echo of Rebecca, in which traces of the man's past life and old loves keep bursting ominously through.

Fashion, like prospecting for oil, was not an obvious subject for Anderson, who's been wearing the same rumpled white dress shirt since the '90s. But, he said, "you just gotta start listening to the airwaves a little bit." On a trip to India, he saw a photo of the Spanish designer Cristóbal Balenciaga in an airport. "That coincided with a conversation I had had a couple weeks before about Beau Brummell," the 19th-century Englishman who is credited with inventing the modern men's suit. "And I had had in my pocket a story between a man and a woman where the dynamic was about power—the power shift between a strong-willed man and a woman." Day-Lewis would play the man. Vicky Krieps, a relatively unknown actress from Luxembourg, would play the woman, Alma. Anderson began reading more about Balenciaga, who, he said, had "taste, skill, talent. The full package. He could sew a button on a dress. He could make the most complicated dress. He had that level of skill." Most important for the character of Woodcock, Anderson said, "he was protective of his work."

After we first met, Anderson and I began exchanging e-mails. In one back-and-forth, we discussed how certain things in his work recur. Like nearly every other Anderson film, Phantom Thread is at heart about a blended family who can barely stand each other, but at the same time need one another—Woodcock and Alma are in love, or they hate each other; Manville's character, Woodcock's sister, Cyril, is in some ways even more unforgiving than either, but she's also the one who teaches them how to survive. Like Boogie Nights' Dirk Diggler, Woodcock's character is shaped by a now absent mother and blessed with one special talent that leads him toward both doom and salvation; like Punch-Drunk Love's Barry Egan, Woodcock wants to be loved but has no idea how to ask. At its center, Phantom Thread is about a wounded man who finds it nearly impossible to bridge the gap between himself and everyone else. "It's what flows out of me," Anderson said, by way of explanation, or lack of one. "Turn on the faucet and that's what comes out."

原文链接：https://theplaylist.net/paul-thomas-anderson-phantom-thread-20171215/
I hear that, but I find it very, very different from “Rebecca.”
It’s very different and that’s a good thing, it’s not at all meant to be a homage. I mean, that’s your greatest fear when you’re inspired by something. I spent a long time trying to mimic things and then you sort of realize, “What if I tried to do something else that came more from me?”

Sometimes when you mimic something, it comes out all wrong in the best way possible.
For sure. You don’t want to be a Xerox machine.
PTA表示phantom thread并不是为了致敬《蝴蝶梦》，《蝴蝶梦》带给他灵感，但是他并不是复印机，他不是要模仿《蝴蝶梦》。


Let's talk about the relationship between Cyril and Reynolds – how different was it on the page versus what we see onscreen?
You know what you can't write? Just how comfortable those two are are sitting together in silence. You can give them dialogue that indicates just how close and co-dependent they are. But I think if you just filmed Daniel and Lesley, you would get a feeling of intimacy between them, just because of their natural comfort with each other. What we did – in hindsight very intelligently, I might add – was to get Lesley on board like nine months before. We sort of saw the horizon line and knew that, this is an actress that's booked up. We want her to do this. We better ask her now.

The side benefit of that was that she had time to think about it, to get to talking about it with Daniel so they could cook up whatever delicious long, sordid history they can cook up. And with them, no way that doesn't come to the table. She is one of the greatest actors I have ever worked with. I mean, just a fucking joy to watch. I had a front row seat and would be on-set, wide-eyed, everyday thinking, "Is she fucking putting me on? Is she really this good?" What's that Bad Santa line? [Goes into angry Billy Bob Thornton voice] "Goddamit, are you fucking with me?" [Laughs] There was a lot of that.


There’s definitely, the rules that he has, even the rules probably have rules and those rules are governed by other rules. And it’s just a very spoiled way of living and it’s probably the kind of thing that is granted to an artist, a designer like this, which generally they are given what they want. They are given a house to behave as they want as long as they continue to provide the designs and things like that, that they are allowed to act like the worst kind of children really. And I would imagine that growing up, he was spoiled by his mother and that the sister was absolutely marginalized and told that she wasn’t good enough but she was good enough to run the business and that she should be in charge of it. And that was the dynamic that we dreamed up and hopefully is clear in the film.

原文链接：https://thefilmstage.com/features/lesley-manville-on-the-power-dynamics-in-phantom-thread-deleted-scenes-and-ptas-humor/
I spoke with Vicky Krieps and she said there’s an opening of the film that was shot but wasn’t used, with her character at a church and you realize her mother had passed away. It was stuff we don’t see, but it helped her form the character. When it comes to your character, was there stuff you shot or talked about that helped you form Cyril?
There was only really one scene that of mine that was lost. I mean, Christ, along the way Paul lost a lot of little subplots. A lot. There’s a lot of woman coming to the couture house that had gone. All sorts of minor, not major, but minor subplots that ended up going. He did cut one scene with Vicky and I which was kind of halfway through the relationship of getting to know each other when Cyril starts to see that this relationship with Reynolds is slightly more serious than most of the other woman that have been in his life. It was in the country house and Alma finds his mother’s wedding dress that Reynolds thinks he lost. Because Reynolds says, “I don’t know where it is know. It’s probably ashes.” Actually, Cyril had kept it, but hadn’t told Reynolds. Alma finds the dress and they have a kind of strange conversation about this wedding dress and then Cyril asks her to keep it quiet from Reynolds that she’s still got it. But that went, and I could see why it would go, because actually you get that Cyril is warming to Alma just through the way Cyril is looking at her and smiling at her.

其实电影有一段戏是Alma在男主Reynolds的旧房子发现了他为母亲缝制的婚纱，这条婚纱Reynolds以为已经遗失其实是被姐姐Cyril藏起来了，Cyril告诉Alma不要让Reynolds知道，然后说了预告的那一句 May I warn you of something, my brother can feel cursed, that love is doomed for him .然后Alma表示理解。这场戏因为时长问题被删掉了，但这是两人关系变好的证明，Cyril在电影后段对Reynolds说我挺喜欢Alma，就是这个原因。

PTA: I think you should take the mushrooms very literally and not metaphorically. I don’t think that she wanted to kill him, but I think that she recognized in this man who was incredibly self-obsessed and impossible to break through, that in his moments of weakness, he was vulnerable and he was generous and he was open. And logic would lead her to think, well how could I possibly recreate some of those moments? Maybe with a small amount of mushrooms I can put him flat on his back, and I can kind of reset him and bring him back down and to try to rekindle our romance that way. It’s a very peculiar way of going about things, but it worked. And I never thought as specifically as something like Asperger’s, but he is definitely not like everybody else.

Q: What I love about the first strategic poisoning in the film is that you don’t really know what Alma’s intentions are — if they’re lethal, or just punitive.

A: Exactly right (laughs). You, know, it’s just a thimbleful, so … we shot some good close-ups we ended up taking out that made her intentions a little clearer. She’s looking at the mushroom book and you see the words “not lethal,” and “extreme stomach pain,” that kind of thing. 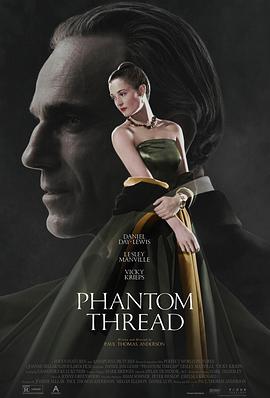