Wall_St
2013-03-04 看过
Such a waste of talent. He chose money over power. In this town, a mistake nearly everyone makes. Money is the McMansion in Sarasota that starts falling apart after ten years. Power is the old stone building that stands for centuries. I can’t respect someone who doesn’t see the difference.

President elected Garrett Walker. Do I like him? No. Do I believe in him? That’s beside the point. Any politician that gets 70 million votes has tapped into something larger than himself, larger than even me as much as I hate to admit it. Looking that winning smile, those trusting eyes. I clung to him early on, and made myself vital. After 22 years in congress, I can smell which way the wind is going. Jim Matthews, his right honorably Vice President, Former Governor of Pennsylvania. He did his duty in delivering the Keystone State. Bless his heart. And now they’re about to put him out to pasture. But he looks happy, now doesn’t he? For some, it’s simply the size of the chair. Linda Vasquez, Walker’s chief of staff. I got her hired. She’s a women, check. And a Latina, check. But more important than that, she’s as tough as two-dollar steak. Check, check, check. When it comes to the White House, you not only need the keys in your back pocket, you need the gate keeper. As for me, I’m just a lowly house majority whip. I keep things moving in a Congress, choked by pettiness, and lassitude. My job is to clear the pipes, and keep the sludge moving. But I won’t have to be a plumber much longer. I’ve done my time. I backed the right man. Give and take. Welcome to Washington.

Look, no offense, but I don’t have time to be anyone’s training wheels.

They’ve done us a great favor. We’re no longer bond by allegiances. We serve no one. We live by one rule, and one rule only: Never again will we allow ourselves to be put in such a position.

I almost pity him. He didn’t choose to be put on my platter. When I carve him up and toss him to the dogs, only then will he confront that brutal inescapable truth.

Well, you certainly have my undivided attention.

You might very well think that but I couldn’t possibly comment. It’s late. I hope you’ll understand that I want to sleep on all of this. I never make such big decision so long after sunset and so far from dawn.

We are in the same boat now. Take care not to tip it over, I can only save one of us from drowning.

Honestly, do you really think these things just take care of themselves?

I respect your opinion and I appreciate you sharing it with me, but I am not going to change my mind.

What a martyr craves more than anything is a sword to fall on, so you sharpen the blade, hold it at just the right angle and then 3, 2, 1...

You don’t want to work anywhere you’re not willing to fired from. Treading water is the same as drowning for people like you and me.

Are you interested in my advice on this or do you just want me to deliver the message?

I will not allow her to sell my goods when she cuts me out of the profits.

I would have thought you’d step up when things were difficult.

I know there’s been some tension and I am probably more to blame than you are. But I’d like to put that behind us.

Water under the bridge. We’re starting over.

I am not happy where this conversation is going.

The only halfway interesting thing they do is throw a big dinner party once a year where they pat themselves on the back and rub shoulders with movie stars.

If you want me to be your cheerleader and say “Yeah, turn it down”, I won’t. I would have killed for that job when I first started here.

How is it the world keeps spinning and you manage to stay ahead of it?

It’s so refreshing to work with someone who will throw a saddle on a gift horse rather than look it in the mouth.

He will think you organized a coup, got cold feet, and are making me the scapegoat.

People in this town don’t go out of their way to be nice to each other.

A rare example of someone whose head is in the game instead of their backside. Competence is such an exotic bird in these woods that I appreciate whenever I see it.

Feel free to blow my mind.

Will he wither or will he thrive?

Not an easy thing to say no to the most powerful man in the free world. But sometimes the only way to gain your superior’s respect is to defy him.

It requires very little of me and will mean the world to him. It’s a very inexpensive investment.

I want you to listen very closely to what I am about to say. From this moment on, you are a rock. You absorb nothing. you say nothing. And nothing breaks you.

Generosity is its own form of power.

I have to be ruthless, because failure is not an option.

There’s no better way to overpower a trickle of doubt than with a flood of naked truth. This is why the education bill was so important. It bought me influence precisely when I needed it most.

Did Zoe expect me to twiddle my thumbs until her arrival? Perhaps she’s making the mistake thinking her time is as valuable as mine. Proximity to power deludes someone into believing they wield it. I put an end to that sort of thinking before it begins.

I have often found that bleeding hearts have a ironic fear of their own blood. One drop and they seize up. But offer them a caring hand massage them back to life and they soon start beating to the right drum.

We may have our disagreements, but that doesn’t mean that we can’t look out for each other.

I will not be lectured to the moment you walk in the door! I called Catherine, as promised. Her inability to deliver is not my problem or my fault. I can not control changing global landscapes. And I will not be cornered into making promised I can not deliver!

Tell me now, or so help me God, I will make it mission in life to not only destroy your careers, but to obliterate all hope and happiness that you manage to cling to.

Change your tone. I am in no mood.

Decisions based on emotion aren’t decisions at all. They are instincts, which can be of value. The rational and irrational complement each other. Individually, they’re far less powerful.

Tusk understands the difference between power and money. That’s precisely what makes him dangerous. He doesn’t measure his wealth in private jets but purchased souls. I’ve worked too hard to get within arm’s reach of the prize only to have my hand cut off just before I seize it.

Of all the things I hold in high regard, rules are not one of them. I will not place my fate solely in the hands of the middleman if I can go directly to the supplier.
282 有用
7 没用
在 App 阅读全文 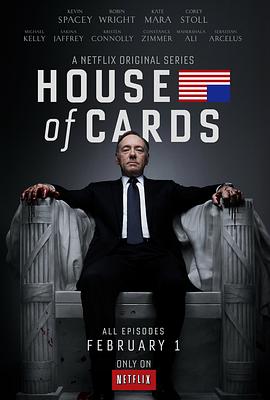