About Gua Sha and culture differences

I have never imagined that I would write a film review in English. Because when referring to feeling and culture, I can hardly express my whole idea in Chinese, let alone in English. Well, just have a try. The Gua Sha Treatment is designed to discuss the culture differences. We can know that from Datong, the name of the leading man. Datong is a classical Chinese term. It refers to a utopian vision of the world in which everyone and everything is at peace. While life always plays jokes on people, Datong’s peaceful life didn’t last long. He was accused of abusing his son because of the bruises from Gua Sha. Actually, Datong was not the person who gave the little boy Gua Sha treatment. It’s his father. But Datong decided to be a scapegoat. This was a culture difference. In Chinese traditional culture, law is not important than affection. Though we also praise those people who put righteousness above family loyalty, nobody wants that happen to themselves. Chinese think that being a scapegoat for family members especially for father or mother is a responsibility. The biggest culture difference the film showed us was that Chinese culture was based on experience while western based on specific evidences. Gua Sha has been used as a treatment for thousands years, and many people advocate it for their own experience. Just like many Ancient Chinese technique, we just know it is useful but we can’t explain it clearly. So to persuade westerner to believe it seems impossible. Then cultures conflict happens. But we can’t directly blame westerner in this case. Not only Gua Sha, but also laugh therapy and so on are not accepted by westerner as normal treatments. It’s a responsible attitude for life. Because we know little about these treatments, we cannot make sure what is going to happen. And how we should deal with it? Ancient Chinese have given us the answer: When in Rome, do as the Romans do. But we should not abandon our own culture, just like Gua Sha, a treatment that helps blood circulate better. So keep on Gua Sha and communication. May be someday there will be a Datong World. 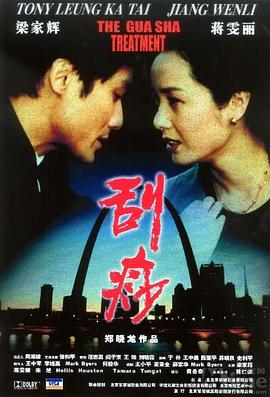