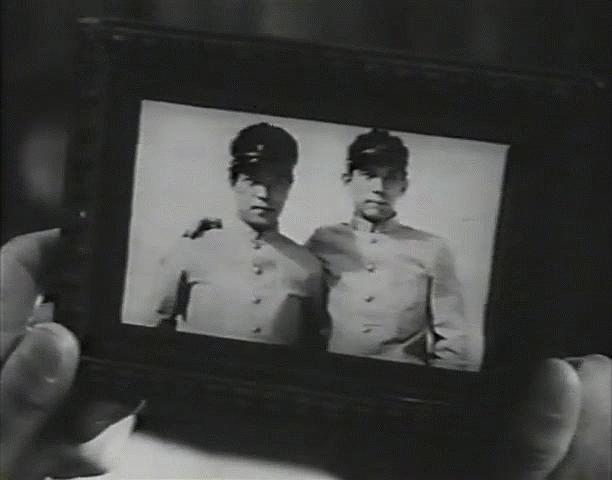 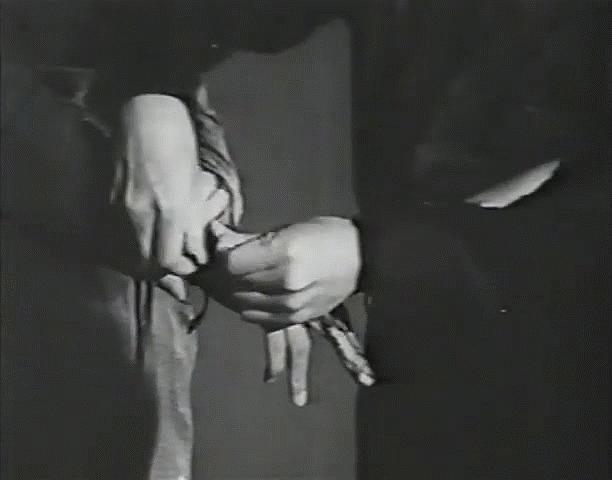 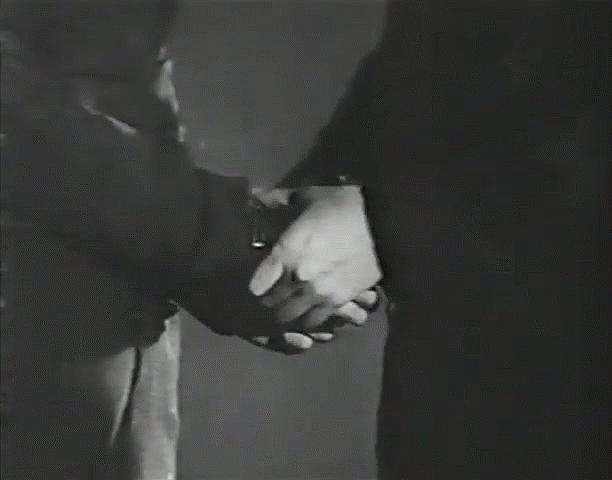 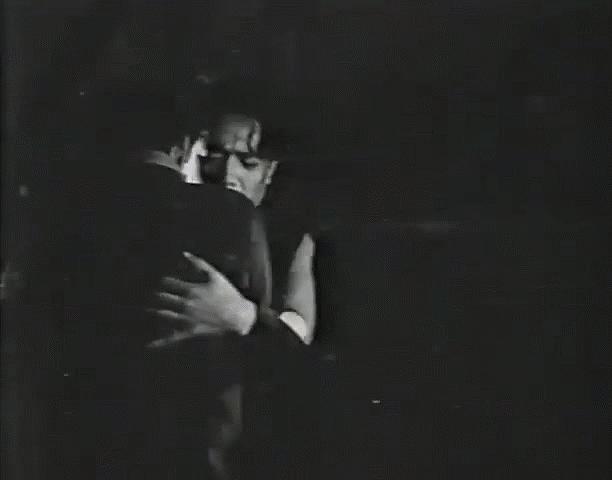 During the course of more than twenty-five years exploring the history and influence of film noir, I’ve encountered two wonderful and related surprises. First is the realization that the seeds of noir often were sown in places far afield from what’s been circumscribed in academic orthodoxy. Which led directly to the second surprise—a keener appreciation for the com-monalities and differences of various cultures through the way crime is rendered in their movies. Imagine: empathy across national bound-aries—absorbed through violent, guilt-wracked, nihilistic melodrama.

Policeman (Keisatsukan), directed by Tsunejirō “Tomu” Uchida in 1933, is the filmmaker’s only pre-World War II movie that survives intact. Made the same year his friend and colleague Yasujirō Ozu made the equally dark and stylish Dragnet Girl, this one-two punch makes it tempting to herald these films as precursors to the Ameri-can postwar noir movement, suggesting perhaps that Berlin should share some of the proto-noir credit with Tokyo. Policeman even fea-tures a somber and vengeful leading man on a dangerous quest in the shadowy underworld, a figure practically de rigueur in noir. The film’s premise—dour cop and suave crook once were neighborhood pals—was a staple of 1930s Warner Bros. gangster dramas (a major influence on Japanese cinema of the era), and it’s also featured in noir classics such as Cry of the City (1948). But while there is unmistak-able noir DNA in Policeman’s themes and mise-en-scène, Uchida’s film is truly more a police procedural, prototype of noir-stained pol-iciers such as Jules Dassin’s The Naked City (1948), He Walked by Night (1948), and Akira Kurosawa’s Stray Dog (1949). Its emphasis on forensic science makes it a forerunner in that regard, as well.

The plot is simple enough: Officer Itami encounters old pal Tetsuo at a police road-block. Although he claims to merely be a man of leisure, Tetsuo seems sinister from the start. The pals later reunite, letting much sake soften the stiffness between them after six years’ separation. Tetsuo is vague about his means, which would set off any good cop’s alarm. When Itami’s beloved mentor is mor-tally wounded trying to collar a gang of bank robbers, it takes us far less time than it takes Itami to ID the culprit.

Familiar material, to be sure, but there is uniqueness in how Uchida handles it, and it’s these elements that make Policeman fascinat-ing. Despite the plot’s predictability, and the measured way Uchida lets the manhunt unfold (very Japanese), there is no precedent in a crime picture (especially of the American variety) for the intimacy shared by these young men—in flashbacks, we glimpse Itami and Tetsuo forging a friendship based on poetry and philosophy and their futures’ wide-open promise. Even in the present tense, as Itami’s sus-picion of his friend leads to a prolonged game of cat-and-mouse, there is depth and tension to their bond, something physical, some-thing you would never get in a Hollywood movie.

Much of the emotional impact comes from Uchida’s intercutting of past and present; far from the ponderous, telegraphed flashbacks of 1930s films, here the past emerges suddenly, elliptically. These are memories that Itami, now the loyal lawman, can’t allow him-self; yet they sneakily flash to mind despite his attempts to bury them. It’s brilliant, inspired filmmaking—especially when these shards of memory disrupt scenes of tedious police work—which Uchida is not afraid to render in all its painstaking monotony.

The flashback reveries are Uchida’s strategy for humanizing characters who, as written, are barely one-dimensional. The creation of Policeman was instigated by Japanese nationalist authorities fostering a popular entertainment specifically to assuage the public’s fear over the rise of criminal gangs. Screenwriter Eizo Yamauchi was instructed to label the film’s crooks Communists, despite these garden-variety thieves declaring no political ideology. Politically, director Uchida leaned precipitously to the left, so this couldn’t have set easily with his conscience. As a result, the film has a roiling split-personality. Itami’s turmoil over his affection for Tetsuo is countered by his righteous obligation to maintaining societal order—which leads to a call-to-arms sequence in the third act far beyond the Production Code-mandated square-up in any Hollywood movie.

It’s that third act, however, where Uchida shows off his skills as both direc-tor and editor. Up to then, the film has maintained the unhurried, reflective pace common to Japanese films of the period, with Uchida favoring long moving-camera shots, occasional optical effects (at one point he throws a literal dragnet over the city!), and those evocative subliminal flash-backs. For the film’s finale, however, he pulls out all the stops, combining starkly dramatic lighting effects with frantic track-ing and panning that threatens to soar out of control at any moment. The climactic chase is an impressionistic, breathtak-ing explosion of delirious technique. For this sequence alone, Uchida deserved his adopted professional moniker “Tomu,” which means “to spit out dreams.”

In calmer passages, the film is carried by its lead actors. As the conscience-wracked cop, Isamu Kosugi creates a brooding char-acter whose commitment to law and order is besieged by doubts—that he may have closed off any possibility of a wider world view and that he’s more drawn to his char-ismatic buddy than he’s willing to admit. Despite a few overwrought moments (due to Uchida’s direction), Kosugi’s grave visage and understated style would have fit in any postwar film noir. As his soul-brother and nemesis, Eiji Nakano is mesmerizing. He makes a thinly conceived character human and compelling: gregari-ous and mysterious, charming and menacing, sincere and duplicitous. Near the end of the tale, when he slinks from his hideout sporting a blousy topcoat, rakish fedora, and tinted cheaters—he’s everything you want in a noir villain.

It’s at that point that Itami, undercover in traditional kimono and geta, “accidentally” bumps into Tetsuo. The scene symbolizes—through wardrobe alone—fear of Western culture contaminating Japan’s essence. And as is always the case in noir, it’s the villain, dangerous and unpredictable, who cuts the more seductive figure, counterbalance to the cop’s rigid conformity.

Both actors went on to direct. After learn-ing the craft by playing romantic leads for some of Japan’s best directors—Kenji Mizoguchi, Daisuke Ito, Tomotaka Tasaka, and Uchida, among others, Eiji Nakano formed his own production company in 1941, and that year directed his lone feature, Shogun. The war cut his ambitions short—he did not return to the screen until 1975, and only then to pay tribute to one of his mentors in the documentary Kenji Mizoguchi:The Life of a Filmmaker. By con-trast, Isamu Kosugi’s acting career stretched into the 1960s. Starting in 1948, he also became one of Nikkatsu stu-dio’s most reliable directors, across all genres, turning in thirty-three features before retiring in 1965.

After witnessing the filmmaking flourishes in Policeman, it’s distressing to learn that Tomu Uchida’s more critically acclaimed films of the 1930s have either vanished or exist only in partial prints: Jinsei Gekijo (1936), Kagiri-naki Zenshin (1937), and Tsuchi (1939), a politicized tale of impoverished tenant farm-ers during the nation’s transitional Meiji era. During the war, Uchida chose to work at the Manchukuo Film Association in Japanese-controlled Inner Manchuria. When Japan lost the war, he opted to remain in China thinking he could help build the nation’s fledgling film industry. Instead, he found himself laboring as a coal miner. In a very non-noir twist of fate, Tomu Uchida survived and eventually repatri-ated to Japan, where in 1954 he resumed his career at Toei studio, making twenty-two more films until his death in 1970.