not necessarily painful nor really impressive to watch

I didn’t read the book but this TV adaptation is pretty bad in many ways. The plot designs and suspense are pretty cheesy and predictable. The way each character’s flashback is presented is boring and stupid. Many logic and sequences don’t make much sense either. Like how come on the first night all people just confess their killings one after another as if they think by doing so they prove they are innocent – doesn’t that just make them more suspicious? The young female secretary whose name is Vera just memorizes the poem or whatever it’s supposed to be called absolutely precisely even though it’s the first time she’s ever heard of it and relates it with the murders for no logic or reason whatsoever. There’s also this one guy who actually confesses he killed 21 white men in a war and has his superpower instinct that is correct all the time, which is absolutely convenient and makes the show hilariously senseless. None of the characters seem in the slightest way human. None of them show any sympathy for others or human emotions for the whole time – not really. There’s one old lady who insults and shows contempt of almost everyone and everyone is unsurprisingly fine with it because they are all either retards or assholes. The dialogues are pretty lousy and unnatural. The actors other than Charles Dance’s performances are kinda meh.

Episode three is slightly less boring than the first two episodes but still pretty laughable. For the longest time I was convinced that Vera would’ve been the killer because of all the excessive shots and flashback she gets which would’ve justified other characters’ suspicions on her – also make the others less stupid and more human in terms of their brain sizes – and her motive could’ve been explained in the immense amount of flashbacks she has; but disappointedly all her flashbacks only tells the audience that she’s guilty and justified to be hanged and that she’s exactly as ignorant as she seems to be in the show. The Judge, whom I suspected the first then quickly removed my suspicion of for the obnoxiously manipulative and few number of shots he’s given, turns out to be the killer, making the show even more unimpressive. The way he faked his death and that everyone else spent a whole night without finding out is consistently illogical as the rest of the show is. It also makes me realize that the show is even more predictable and underwhelming than I’ve estimated it to be since the very beginning of the first episode. I know the book is pretty old and could have a better logic and narration on its own but that doesn’t justify how bad this 2015 TV adaption turns out to be. I don’t know why people like it that much, but for me it’s rather not necessarily painful to watch but definitely not impressive either. 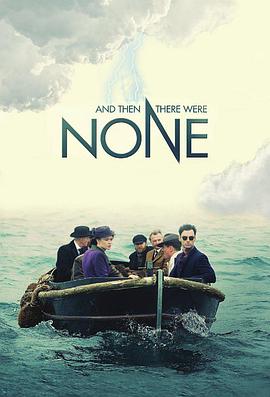