The story of Joseph is one of the best known tales in the Bible. The events of Joseph's life are also found in the Torah and the Qur'an. Today it is perhaps most associated with the West End and Sunday school. Written down by scribes about 1000 years after the events supposedly took place, it is often thought that the story may have some historical tradition, but with a healthy portion of dramatic license. Egyptologists, however, have uncovered some intriguing evidence.

The story begins in Canaan - modern day Palestine, Syria and Israel - around 1600 to 1700 BC. Joseph was 11th of 12 sons of a wealthy nomad Jacob and his second wife Rachel. His story is told in the book of Genesis 37-50.

Joseph was very much loved by Jacob because he had been born to him in his old age. He was given a special gift by his father - a richly ornamented coat. This favouritism wasn't well received by his brothers.

Anthropologists today have found that this sibling rivalry is a common by-product of polygamous marriages. Children were often born by different wives, and each wife wanted the best for their child. The Bible tells us that Joseph and Benjamin are the sons of Jacob's second wife, while all the other sons are from different wives. Being given a special coat would have only fuelled the brothers' jealousy.

The choice of colours in the coat held great prestige. In the ancient world colour was a precious commodity and vivid colours such as red and purple were held in high esteem, as it was very costly to create the dyes. Joseph's coat of red and purple reinforced the message to his brothers that he was Jacob's favourite.

Joseph's brothers were also suspicious of the strange and vivid dreams he had and did not like the interpretations he told them.

His brothers eventually took their revenge by selling Joseph as a slave to passing merchants. While Joseph was being taken to Egypt, his brothers faked his death by rubbing goat's blood into the multi-coloured coat.

In Egypt, Joseph became a house servant to a rich, high-ranking Egyptian, Potiphar. In the household he was noticed by Potiphar's wife who tried to seduce him, but he resisted her and was put in prison. Whilst in prison Joseph used his power to interpret the dreams of prison officials, and when the Pharaoh had two disturbing dreams Joseph was called to interpret them.

According to Joseph's interpretation, there were to be seven years of plenty in Egypt, followed by seven years of famine. Joseph was able to advise the Pharaoh on how to prepare for the famine and as a result gained the favour of the Pharaoh who promoted him to Prime Minister.

During the famine Joseph had to make key decisions. His acquisition of grain provisions enabled Egypt to withstand and survive the famine.

The idea of a foreigner reaching the top of Egyptian society sounds unlikely and there is no archaeological or written record of a Prime Minister in Egypt called Joseph. However some new scientific evidence helps to support the case of a historical Joseph.

Studies in 'ice cores' found in Mount Kilimanjaro in Tanzania - the mountain which supplies the Nile with its water - have revealed that a drought did take place around 3600 years ago - around the time the Bible sets Joseph's story.

We also know of another event around the same time. One of the most fertile areas in Egypt was the land around Lake Quarun. This lake was fed with water from one of the branches of the Nile. Droughts in Egypt used to cause this branch to dry up, leaving the land around the Lake destitute. We do know that between 1850 and 1650 BC a canal was built to keep the branches of the Nile permanently open, enabling water to fill Lake Quaran and keep the land fertile. This canal was so effective that it still successfully functions today. There is no record of who built the canal, but for thousands of years it has only been known by one name. In Arabic it's the Bahr Yusef. This translates into English as The Waterway of Joseph. Could this canal have been built by a certain Prime Minister called Joseph as part of his work to save Egypt from famine? Was this Prime Minister the son of a Canaanite called Jacob?

The Bible tells us that the Pharaoh allowed Joseph to bring Jacob and his family to Egypt, where he took care of them. Generations later, Moses was to lead the descendents of Jacob out of slavery and Egypt to their promised land. Among the items that Moses brought from Egypt were the bones of his predecessor, Joseph. Whatever the truth behind the life of Joseph, his story accounts for a pivotal period in the history of the Israelites. 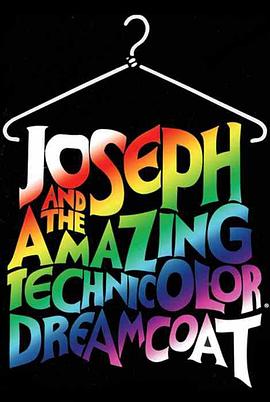