Not so successful modification

This film is a reinterpretation of Shakespeare’s classic Hamlet from a feminist perspective.The writers modified the story and reshaped the fate and image of Ophelia.Notably,women take a more prominent part in the movie.I mean emphasizing the role women played in the history is great.But somehow the director overemphasized it and made the story very unnatural.For example, the director replaced the scene of the conversation between Hamlet and his father’s ghost with the conversation between Hamlet and Ophelia to let Hamlet know the truth. This kind of setting is not that convincing. Besides, in the end, strangely Ophelia seemed to know that Hamlet would die in the fight with Leoties and without further persuasion she just went on her journey to the nunnery. And another point is that she can dress like a boy to disguise herself and sneak to Hamlet persuading him. Why can’t she persuade her brother? Isn’t it more effective? The heroine is stressing the importance of forgiving rather than vengeance all through the story. However, she is the only one who really forgive and the brightest spot of this film is the vengeance of the queen and the witch. In this aspect, the main point writers wanted to convey unfortunately contradicts with the attractive climax of the film.

In a word, this movie is a nice try to modify classics into today’s world view. But the modification is too hard and too pointed to one side that it lost the flavour of the original and make the new story creepy. 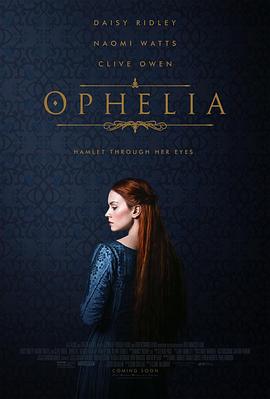