听候清退旧精魂
2005-10-11 看过
This film is a loose collection of cameo pieces that are, on their own, pretty funny, in an understated way. But the jokes are discursive and weak, and the film lacks a general direction to build up momentum. A very distant, impersonal film, where audience identification is laughingly discouraged.

Thanks to good editing and undeservedly great cinematography, however, the narrative is never a drag, and the 120+ minutes of pointless fun seems to just zip by. But since the film is far from engrossing, and there is little demand on viewer's attention, one feels no urgency to complete it any time soon. So if you have a party at home, and people have to get up from the couch to get a beer, or pass water, or simply go to the bedroom next door to make love, and then come back picking up the film where they leave off...... YES, this is the perfect party movie.

One more note: you can see a recurring obsession of American movies here, as well: father-son relationship. This motif is added like MSG (味精) in past and recent films. Remember "Gladiator" (old and young Caesar, forming a fatherly menage de trois with Maximus), "Saving Private Ryan", "Road to Perdition", "Color of Money"... not to mention numerous westerns and film noirs ("Asphalt Jungle" or "Killing").

Look for this cliche next time you go to an American movie. It's as predictable as the over-sugared slices in an apple pie.
3 有用
9 没用
点击展开全文 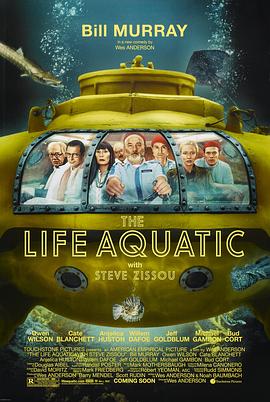