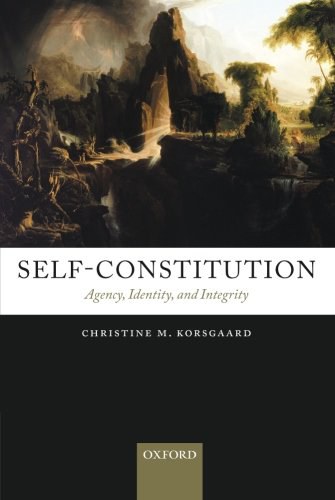 [close] Christine M. Korsgaard presents an account of the foundation of practical reason and moral obligation. Moral philosophy aspires to understand the fact that human actions, unlike the actions of the other animals, can be morally good or bad, right or wrong. Few moral philosophers, however, have exploited the idea that actions might be morally good or bad in virtue of being good or bad of their kind - good or bad as actions. Just as we need to know that it is the function of the heart to pump blood to know that a good heart is one that pumps blood successfully, so we need to know what the function of an action is in order to know what counts as a good or bad action. Drawing on the work of Plato, Aristotle, and Kant, Korsgaard proposes that the function of an action is to constitute the agency and therefore the identity of the person who does it. As rational beings, we are aware of, and therefore in control of, the principles that govern our actions. A good action is one that constitutes its agent as the autonomous and efficacious cause of her own movements. These properties correspond, respectively, to Kant's two imperatives of practical reason. Conformity to the categorical imperative renders us autonomous, and conformity to the hypothetical imperative renders us efficacious. And in determining what effects we will have in the world, we are at the same time determining our own identities. Korsgaard develops a theory of action and of interaction, and of the form interaction must take if we are to have the integrity that, she argues, is essential for agency. On the basis of that theory, she argues that only morally good action can serve the function of action, which is self-constitution. [close]