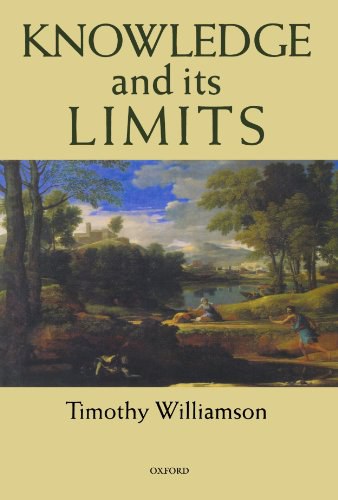 Knowledge and its Limits presents a systematic new conception of knowledge as a fundamental kind of mental state sensitive to the knower's environment. It makes a major contribution to the debate between externalist and internalist philosophies of mind, and breaks radically with the epistemological tradition of analysing knowledge in terms of true belief. The theory casts light on a wide variety of philosophical issues: the problem of scepticism, the nature of evidence, probability and assertion, the dispute between realism and anti-realism and the paradox of the surprise examination. Williamson relates the new conception to structural limits on knowledge which imply that what can be known never exhausts what is true. The arguments are illustrated by rigorous models based on epistemic logic and probability theory. The result is a new way of doing epistemology for the twenty-first century.