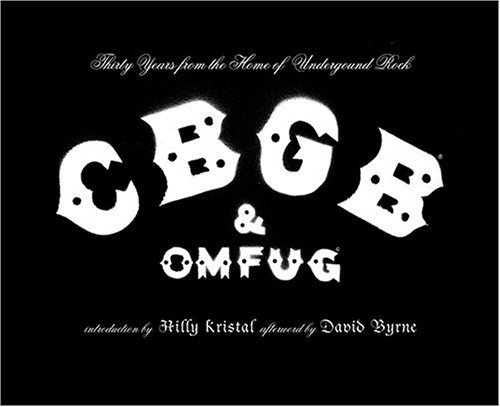 Hilly Kristal originally intended CBGB & OMFUG to showcase the type of music his venue's notorious letters stand for - Country, Bluegrass, Blues. Little did he know when he opened his club under a flophouse on the Bowery that it would become the birthplace of a new era of music in New York City - Punk. While the letters CBGB ultimately didn't describe the music the club was renowned for, OMFUG (Other Music for Uplifting Gourmandizers) still represents what the club provides for all voracious consumers of music. These pages pay homage to a musical and cultural landmark. It is a spectacular photography compilation which features some of the most celebrated artists in musical history and chronicles the last 30 years of rock and roll. It also showcases photographs of famous patrons, including Andy Warhol, Allen Ginsberg and Jim Jarmusch.