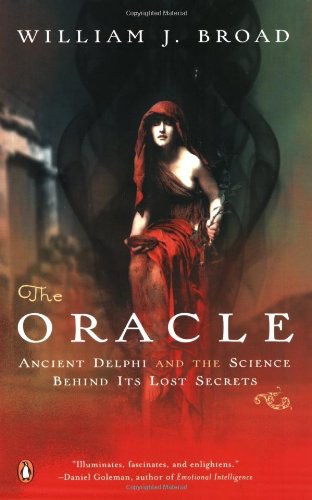 A gripping modern-day detective story about the scientific quest to understand the Oracle of Delphi Like Walking the Bible , this fascinating book turns a modern eye on an enduring legend. The Oracle of Delphi was one of the most influential figures in ancient Greece. Human mistress of the god Apollo, she had the power to enter into ecstatic communion with him and deliver his prophesies to men. Thousands of years later, Pulitzer Prize–winning journalist William J. Broad follows a crew of enterprising researchers as they sift through the evidence of history, geology, and archaeology to reveal—as far as science is able—the source of her visions.