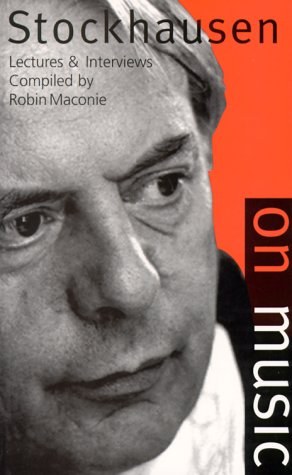 If a genius is someone whose ideas survive all attempts at explanation', writes the well-known contemporary musicologist Robin Maconie, 'then by that definition Stockhausen is the nearest thing to Beethoven this century has produced. Reason? His music lasts. With penetrating philosophical and spiritual insights Stockhausen describes, in this collection of lectures and interviews conducted in English, a whole new universe of sounds and events. "Stockhausen's uncompromising attitude to conventional aesthetics has made him one of the world's most admired musicians."?"The Independent" "Let there be no doubt that he is a giant, a monster cartographer of massive new spaces."?"Tempo" "The great innovator of the 1950s and 1960s is still a fountain of ideas. "Stockhausen on Music" shows the extrordinary range of his mind."?"The Sunday Times"