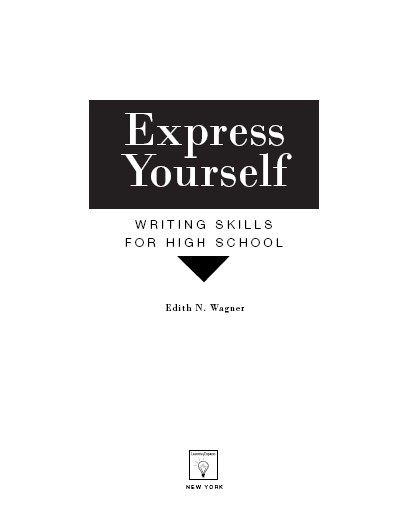 Human beings communicate in four ways.We listen, speak, read, and write.When you were a baby the first thing you did was listen to the world around you. You recognized voices; you were startled by noises; you were soothed by music. Then you began to imitate the sounds you heard and you experimented by creating your own sounds. You learned that crying brought attention, words identified things, and that linking words together made meaning. Then you learned that symbols on a page held unique meaning, and you learned to read. The last of the four ways you learned to communicate was through writing, and the very formal transference of words to paper was probably initiated in school, as early as kindergarten.
Now, as adults, even though you can say with confidence that you know “how” to listen, speak, read, and write, you also know that simply knowing how doesn’t mean you always do any one of the four communication strands well. Have you ever “listened” to a lecture and not been able to remember one thing you heard? Have you ever “read” a page or two and had to read it all over again because you didn’t concentrate?
Have you ever “spoken” and then had to explain something twice because you weren’t clear the first time? Have you ever “written” an exam or a paper or even a note, to find you needed some serious help making yourself understood? If you were ever in any of these situations, you were not alone.
Effective communication requires skill—just like mastering a sport, playing an instrument, dancing, cooking, or woodcarving. Communicating well demands that you learn the rules and practice a lot.Now there are many folks out there who get along just fine with basic communication skills, and this book is not for them. This book is for those who want to become more effective at communicating their thoughts and ideas, specifically as writers.
Unlike listening, speaking, and reading, writing is the way we make our thinking visible to the world.
Without committing our ideas to paper, our thinking remains invisible, locked in our heads. This is probably a good thing if we are confused or without information.Who would want to put a foolish, illogical, misinformed mind on display for the public? But in today’s world of high stakes testing, writing has become the one tried and true measure of your thinking, and everyone wants to see it. So, if you try to avoid writing, this book is dedicated to you.