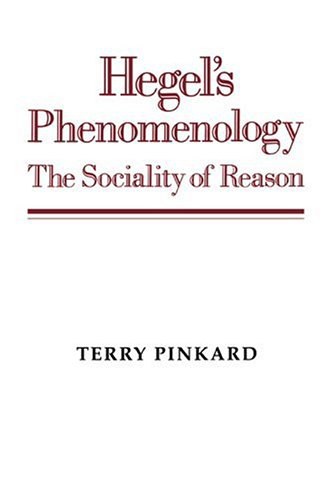 The Phenomenology of Spirit is both one of Hegel's most widely read books and one of his most obscure. The book is the most detailed commentary on Hegel's work available. It develops an independent philosophical account of the general theory of knowledge, culture, and history presented in the Phenomenology. In a clear and straightforward style, Terry Pinkard reconstructs Hegel's theoretical philosophy and shows its connection to ethical and political theory. He sets the work in a historical context and shows the contemporary relevance of Hegel's thought for European and Anglo-American philosophers. The principal audience for the book is teachers and students of philosophy, but the great interest in Hegel's work and the clarity of Pinkard's exposition ensure that historians of ideas, political scientists, and literary theorists will also read it.