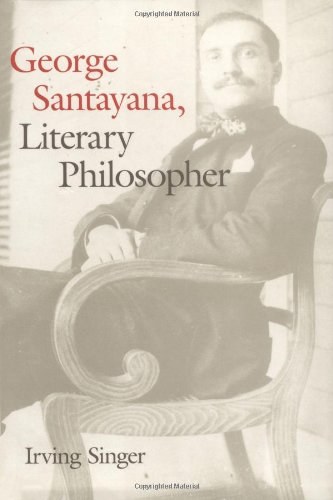 George Santayana was unique in his contribution to American culture. For almost sixty years before his death in 1952, he combined literary and philosophical talents, writing not only important works of philosophy but also a best-selling novel, volumes of poetry, and much literary criticism. In this fascinating portrait of Santayana's thought and complex personality, Irving Singer explores the full range of his harmonization of the literary and the philosophical. Singer shows how Santayana's genius consisted in his imaginative ability to turn various types of personal alienation into creative elements that recur throughout his books. Singer points out that Santayana was a professional philosopher who addressed immediate problems of existence, a materialist in philosophy who believed in both a life of spirit and a life of reason, a product of American pragmatism who nevertheless rebelled against it, a Spaniard who wrote only in English, an American author who spent the last forty years of his lift in different European countries. Against the grain of most twentieth-century philosophy, Santayana kept in view questions that matter to us all in our search for meaningful and satisfying lives.