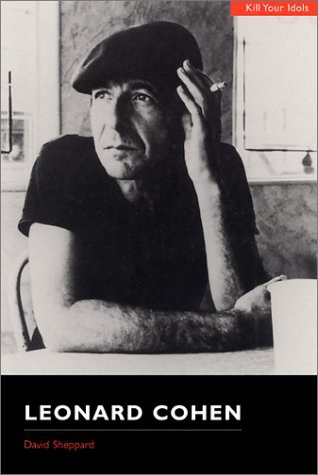 The consort of Janis Joplin and Rebecca De Mornay and one-time collaborator of Phil Spector, Leonard Cohen has for the last five years been a full-time resident of the Mount Baldy Zen Center near Los Angeles where he submitted to the rigors of zazen and communal living. He was officially ordained a Buddhist monk and given the name of Jikan (Silent One). Born in Montreal in 1934, Cohen received international recognition for his second collection of poems The Spice Box of the Earth in 1961, rising to prominence in 1967 with his debut album The Songs of Leonard Cohen. His most recent album, The Future, is his eleventh. He has written two novels including the cult classic Beautiful Losers, and eight volumes of poetry. Author David Sheppard explores Cohen's fifty year odyssey through Judaic mythology, drugs, alcohol, sex, and Buddhism. What he finds is a man with a unique ability to serve up bleak but heartfelt individual truth. "Cohen has always been a man of surprises, so much so that many take him to be a man of artful disguises (as he sometimes does himself). His life has always been dangerously mythic..." -- Pico Iyer