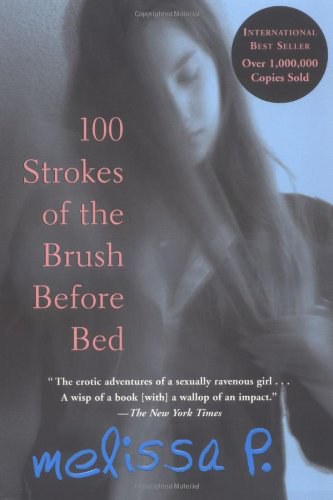 An instant blockbuster in Italy where it has sold over 700,000 copies, and now an international literary phenomenon, 100 Strokes of the Brush Before Bed is the fictionalized memoir of Melissa P., a Sicilian teenager whose quest for love rapidly devolves into a shocking journey of sexual discovery. Melissa begins her diary a virgin, but a stormy affair at the age of fourteen leads her to regard sex as a means of self-discovery, and for the next two years she plunges into a succession of encounters with various partners, male and female, her age and much older, some met through schoolmates, others through newspaper ads and Internet chat rooms. In graphic detail she describes her entry into a Dante-esque underworld of eroticism, where she willingly participates in group sex and sadomasochism, as well as casual pickups. Melissa's secret life is concealed from family and friends, revealed only in her diary entries. Told with disarming candor, Melissa P.'s bittersweet tour of extreme desires is as poignant as it is titillating. One Hundred Strokes of the Brush Before Bed is a stunning erotic debut, a Story of O for our times.