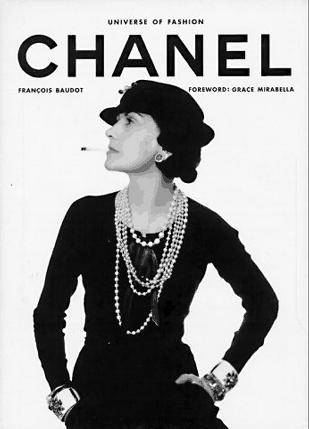 A 3 volumes slipcase illustrating the history of the most famous brand of the world. Titles are: Chanel; Chanel Jewellery; Chanel Perfume. Chanel: More than any other designer of her time, Gabrielle Chanel had a genius for perceiving not only what would work in contemporary fashion but also what would last. Yet Chanel was a true adventuress, always on the cutting edge and sure of her likes and dislikes, which combined to make the 20th century look the way it did. Thus, Chanel thrives today, some eighty-plus years after the young convent-bred milliner opened her first salon. And this is in no small measure thanks to the creative talents of the chief designer - Karl Lagerfeld - who, in the paraphrased words of Goethe, "makes a better future with elements enlarged from the past."; Chanel Jewellery: One of the most visible personalties of her era, Gabrielle Chanel invented a style synonymous with modernity and chic. What is perhaps less well known is that the grande dame of 20th-century fashion also worked with silver and diamonds to create an exceptional collection of the finest jewelry. This daring experiment is currently a new source of inspiration for Chanel, which through its fine jewellery store on Place Vendome in Paris, is once again demonstrating the fine art of creating and wearing great jewellery. The adventure is both classic and contemporary, in keeping with the tradition of one of the great names of the 20th century; Chanel Perfume: "A woman who doesn't use perfume doesn't have a future." Pithy like a magic formula, the words fell from the lips of Paul Valery to be collected by Gabrielle Chanel to summarize the stakes of the battle. She needed a counterpoint to the little black dresses and cascades of gems that commanded the style of Chanel. No 5 was the first perfume to mix animal and plant extracts used in traditional perfume with synthetic products. Its birth truly led to a "before" and "after" in the world of perfume, which was no longer an inspired alchemy, romantic and volatile, but pure research. In this way, No 5 perpetuates the charm and influence of the type of personality attracted to this perfume, like bees are attracted to flowers.