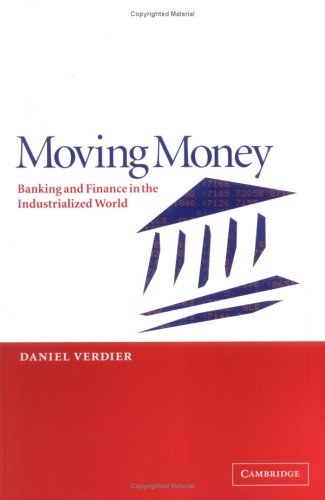 Moving Money analyses the influence of politics on financial systems. Daniel Verdier examines how information asymmetry and economies of scale over time have created a redistributional conflict between large and small banks, financial centres and their peripheries, and he discusses how governments have attempted to arbitrate this conflict. He argues that centralized states have tended to create concentrated, internationalized, market-based and specialized financial systems, whereas decentralized states have favoured dispersed, national, bank-based and, with a few exceptions, universal systems. Verdier then sets out to uncover the sources, political and economic, of cross-country variation in financial market organization, examining 15 to 20 OECD countries from 1850 onwards.