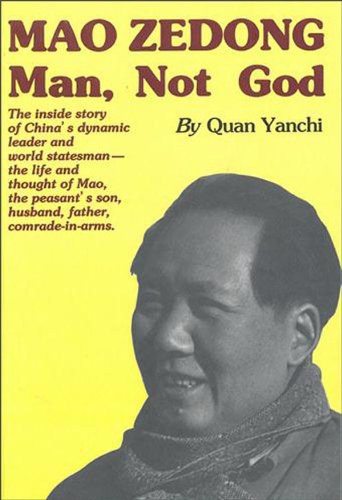 《走下神坛的毛泽东 Mao Zedong:Man,Not God》内容简介：The title might have been written by Mao himself. Instead, it was dictated by the revealing, intimate, neverbeforepublished recollections of Li Yinqiao, Mao's bodyguard, and brought to light by the author Quan Yanchi.
After fifteen years of devoted service, Li received thisrequest from Mao: "If what happens in my family is a secretto others, it is not a secret to you. But don't write about mewhile I'm still alive; wait until I die, and write truthfully whenyou do." For the first time, the personal, inside story ofChina's dynamic leader and world statesman is told rathelife and thought of Mao, the husband, father, comradeinarms, the peasant's son. The recollections, only now madepublic in English, provide the reader with a refreshinglydifferent perspective from any of the many other worksabout Mao, Highlighting the book are photographs, published here for the first time.