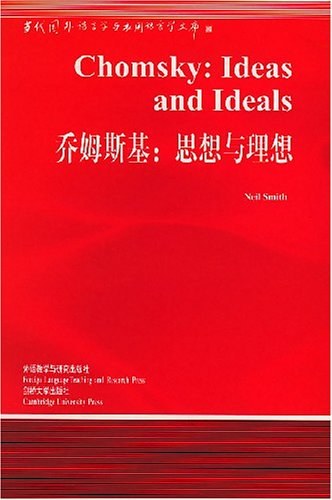 Noam Chomsky is one of the leading intellectual figures of modern times.He has had a major influence on linguistics,psychology and philosophy,and a significant effect on a range of other disciplines from anthropology to mathematics,education to literary criticism. In this rigorous yet accessible account of Chomsky s work and influence,Neil Smith analyses Chomsky s key contributions to the study of language and the study of mind.He gives a detailed and partly historical exposition of Chomsky s linguistic theorizing,and examines the ideas for which he is best known.Smith discusses the psychological and philosophical implications of Chomsky s work,and argues that he has fundamentally changed the way we think of ourselves,gaining a position in the history of ideas on a par with that of Darwin of Descartes.Finally,he examines Chomsky s political ideas and how these fit intellectually with his scholarly work.Smith argues that,despite Chomsky s own disavowal of any very close connection,there are fundamental ideas of rationality,creativity and modularity that draw together the disparate strands of his vast output.Throughout,Smith explores the coutroversy surrounding Chomsky s work,and explains why he has been both adulated and vilified. This much needed book will be welcomedby a wide range of readers:students and researchers in linguistics,philosophy,psychology,cognitive science and politics,and anyone with an interest in the impact of Chomsky s work.