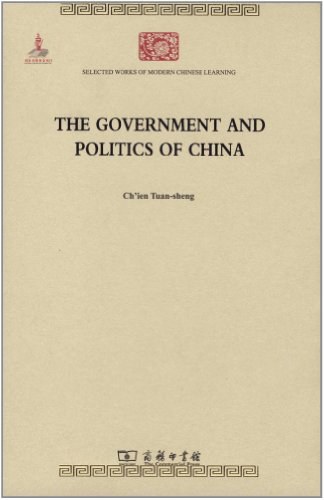 《The Government and Politics of China 中国的政府与政治》内容简介：This book has several parts. Chapters Ⅱ and Ⅲ are brief reviews of the political ideas and institutions of ancent China. The four chapters that follow give a brief account of political and institutional development during the generation preceding the Kuomintang Government of 1928. Chapters VIII and IX describe the Kuomintang and the theory and practice of politicaltutelage as advocated by it. The body of the book deals with the organization and operation of the Kuomintang Government. The last chapters， Chapters XX to XXIV inclusive, are concerned more with politics. There are also an introductory and a concluding chapter.